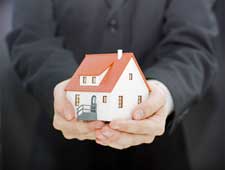 What we do as your Lighthouse Point property manager:

Lighthouse Point is a city in Broward County, Florida, United States. The city was named for the Hillsboro Inlet Lighthouse, which is located in nearby Hillsboro Beach. As of the 2010 census, the population of Lighthouse Point was 10,344. The city is part of the Miami–Fort Lauderdale–Pompano Beach Metropolitan Statistical Area, which was home to 5,564,635 people at the 2010 census.

Lighthouse Point is part of the Miami-Fort Lauderdale-Hollywood media market, which is the twelfth largest radio market and the seventeenth largest television market in the United States. Its primary daily newspapers are the South Florida Sun-Sentinel and The Miami Herald, and their Spanish-language counterparts El Sentinel and El Nuevo Herald. Each house, apartment and business in Lighthouse Point receives the monthly, glossy, lifestyle magazine "Lighthouse Point" created and mailed by publishers Susan and Richard Rosser. Source From Wikipedia